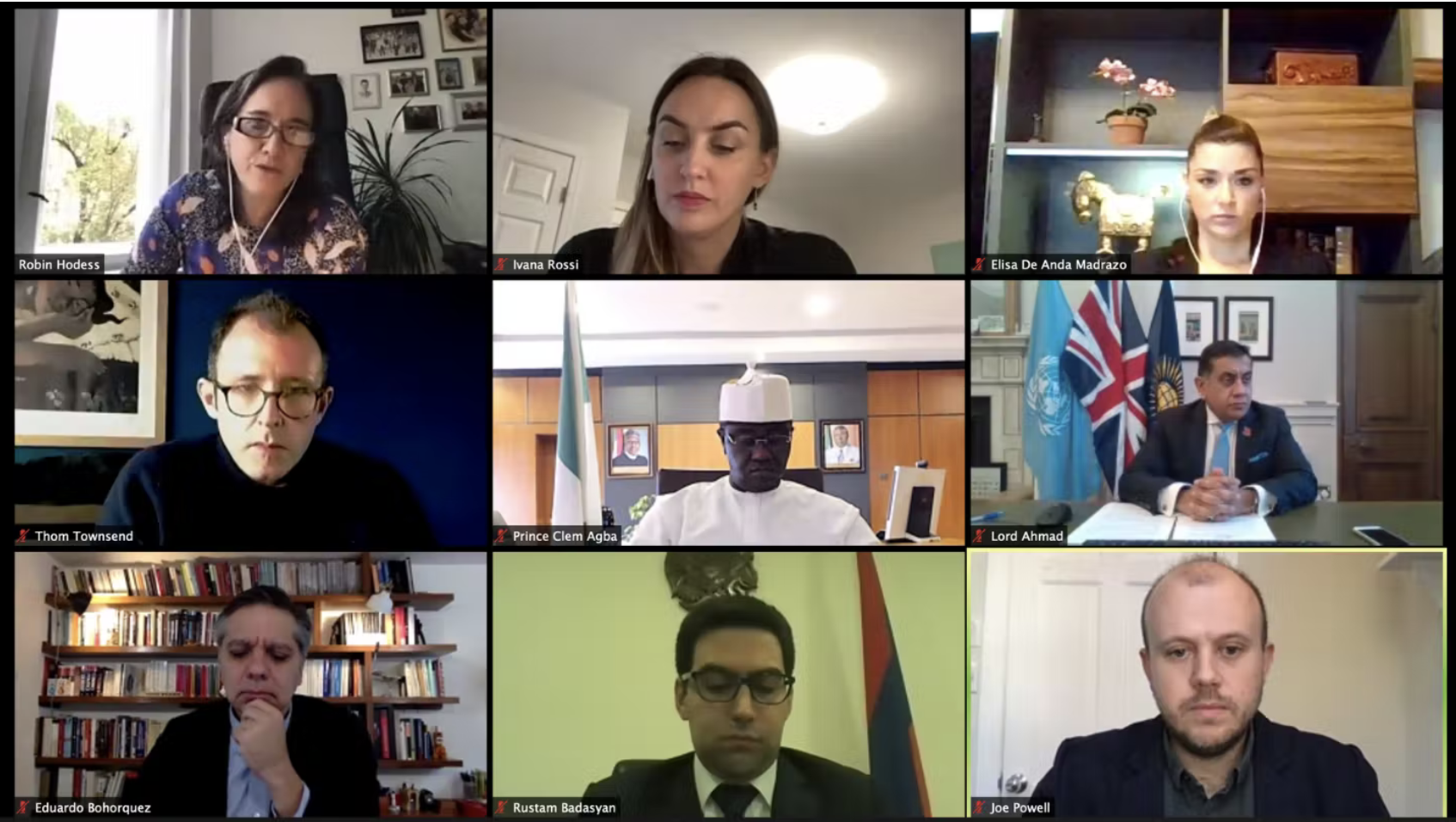 On 5 November, 2020, Open Ownership and the Open Government Partnership led a high-level panel discussion on how beneficial ownership transparency (BOT) is of paramount importance in order to both strengthen public procurement during the COVID-19 pandemic and ensure relief packages go to where they are intended.

As the world’s leading experts on BOT, Open Ownership was delighted to see the panel have such high level government representation from Beneficial Ownership Leadership Group countries, and that the discussion focused on collective action. We were particularly pleased to hear from the Financial Action Task Force (FATF) Vice President Elisa de Anda and the International Monetary Fund (IMF) Financial Sector Expert Ivana Rossi as they shared what their respective organisations are doing to continue advancing these reforms. The FATF and the IMF are crucial levers in delivering beneficial ownership (BO) reforms and Open Ownership welcomes their commitment to continue to engage with a broad range of stakeholders in that discussion. Eduardo Bohorquez, Director from Transparencia Mexicana reinforced the critical role civil society plays in maintaining pressure for reform. As he rightly pointed out, BO disclosure is not the end goal, rather, it is a critical starting point for achieving many of our shared transparency and accountability goals, such as enabling better, cleaner public procurement by showing where public money really ends up.

First: reforms must be inclusive. Open Ownership, through the Leadership Group and other forums, is building a broad coalition to make BOT a reality. Inside governments, this must include all civil servants and political actors across government departments. BO disclosure is critical in order to tackle fundamental issues all governments face. Giving governments the ability to build a comprehensive picture of the companies and individuals operating in their economy is a game changer. Business needs this too – there is no good reason why any business, big or small, should struggle to access the basic information they need to perform due diligence and trade safely. Civil society must be part of this too, as well as journalists, who often must risk their lives to expose the corruption we know flows from opaque companies. Finally, all citizens have a stake in this; engaging widely and constructively with as many parts of society as possible will be essential for delivering reforms.

Second: how do we, collectively, deliver BOT effectively? The gap between strong commitment and effective action is still too big. That is why Open Ownership exists, to be the global hub of learning and expertise on how to deliver BO reforms in a way that works for everyone. The Leadership Group is a critical space for sharing knowledge, and we encourage more governments to step forward and commit to raising the bar on beneficial ownership disclosures.

Finally, third: BO reform does not exist in a vacuum. The implementers we support are working in extremely challenging circumstances to deliver pioneering reforms, and we must publicly respond to today’s challenges. BO reform sits at the heart of building back better.