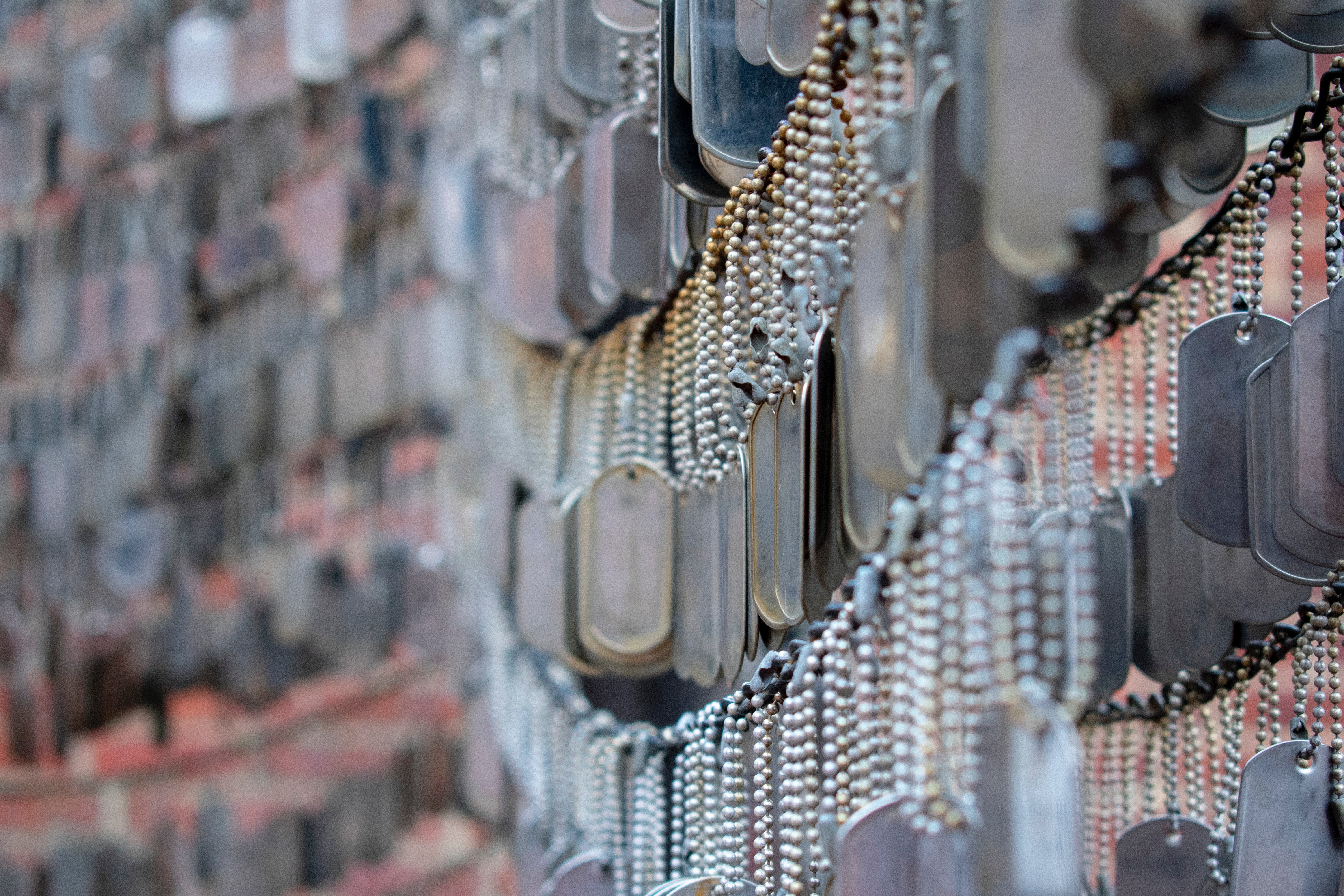 Open Ownership was built on a relatively simple idea: it should be easy to understand who owns companies. That has been Open Ownership’s clear, and relatively singular, mission since its founding - and by most measures, it’s been a resounding success. Open Ownership has focused on beneficial ownership registries and supported a range of governments to prepare and publish corporate ownership information.

Open Ownership has answered the first, and messiest questions for a non-profit: what? And over recent years, have even started to systematise the next question: ‘how?’ Now, poised for growth, Open Ownership is starting to wrestle with something much, much harder: why?

Corruption. Of course, corruption isn’t a problem - corruption is millions of problems of varying degrees in different contexts. Corruption is a thumb on every scale, constantly reinforcing injustice - but it sounds administrative and banal. Corruption needs a better name.

If we think about corruption - not as one problem, but as systemic asymmetry - we end up having to ask whether beneficial ownership inherently rebalances power. Knowing who owns a company that is exerting asymmetrical power over you doesn’t equip you to resist that power. Some of the lessons from the transparency, accountability, and open data movements are that knowledge is only power in the hands of those able to wield it. So, any claim Open Ownership might make around specific impact relies on the idea that the people we want to help have the ability to use beneficial ownership information in ways that restore balance.

The truth is, when you start to unpick the impact of open and accessible beneficial ownership registries, you find complexity on every side. Beneficial ownership registries focus on company ownership - which, at its most basic level, serves as a proxy for understanding the interests that motivate corporate action and governance. Basically, if you know who owns a company, you theoretically know who you’re dealing with and can negotiate more effectively for your interests. That idea is both absolutely, resoundingly true - and worryingly obsolete.

First, the good news. Open Ownership has helped governments in difficult places make huge leaps forward in the public release accessible beneficial ownership information. Open Ownership helped build the standard for beneficial ownership data. Those are incredible, foundational achievements in one of the few areas of open government data with obvious practical and political value. That success has helped OpenOwnership move from thinking about beneficial corporate registries as just a normative good, and explore ways to ensure that its impact delivers a normative good.

And that, the need to steward data instead of just publish it, raises a number of issues. As it turns out, corruption isn’t the only nomenclature that’s gotten more complicated since Open Ownership’s founding.

Ownership. The bad news is that, for all the open data successes, Open Ownership’s progress hasn’t happened in a vacuum. As recently observed by one of Open Ownership’s founders, Chris Taggart, globalisation and automation make it increasingly easy to use company ownership to minimise liability and accountability. It’s literally what incorporation structures are for - managing value and risk distribution. Shell corporations are nothing new, or even necessarily bad - but technology has significantly increased the granularity, fluidity, and scale at which corporate ownership can be used to manipulate transparency, accountability, and liability. In other words, transparent corporate ownership data doesn’t necessarily achieve the goals that motivate beneficial ownership transparency.

Ownership of everything, including ownership of companies, as it digitises, becomes increasingly fluid and manipulable. Cambridge Analytica - besieged by bad press and regulatory response, shut down - and its principals have gone on to found EmerData, which does substantially the same thing. Apple is holding almost $186 billion USD offshore to manage its domestic tax liability - one of the largest examples of the kind of international asset management laid bare by projects like the Panama Papers. Whether the assets are digital or financial, profits or losses, sophisticated operators have figured out how to structure themselves to force a race to the bottom in nearly every type of ownership. It’s increasingly clear that ownership transparency is a critical aspect of building equitable markets and fair governments, but digitisation, globalisation, and automation raise serious questions around whether company ownership is the most important or effective point of intervention.

At the same time, countries are intentionally positioning themselves as havens for digital companies - Ireland, as an example, is being sued by the rest of the EU for their favourable tax treatment of tech companies. Estonia goes further, setting itself up as a digital sovereign service provider. And companies are taking advantage - setting up huge digital outsourcing operations to work around labor protections, environmental regulations, and tax requirements. Beneficial ownership data access alone can’t be the foundation for anti-corruption efforts, when both states and companies leverage incorporation infrastructure to their competitive advantage. These aren’t secrets, they signal the growing parity between large companies and sovereigns - openness isn’t a strategy for ensuring the public’s interest in corporate regulatory imbalances.

Open. The term “Open” hides a lot of complexity. While there are a lot of strong opinions on open data, there is a fundamental difference between treating the “open” publication of data as a means to an end, versus as an end unto itself. For certain types of data, open publication is enough of a public good that we should support it (including financially), even without clear impact statements - and there are good arguments that corporate ownership is very near the top of that list. Opening beneficial ownership data is, in and of itself, an important end for any society that takes regulatory and rights enforcement seriously.

If, however, the open publication of data is meant to achieve a public interest goal - whether that’s utility, equity, or anti-corruption - then we have to be able to explain how beneficial ownership data practically addresses those problems. Opening data doesn’t ensure that it’s accessible, maintained, accurate, or usable - especially for the populations that power asymmetries disadvantage most. Making data useful, especially for those without the skills or confidence to do it themselves, means understanding a wide range of contextual use cases - which is significantly more involved than publishing something as “open.” Open Ownership has already started to run into this issue as they design systems for data “accessibility.” For my part, I encountered a similar set of issues in the evolution of FrontlineSMS. So, if we use the term “open” as a proxy for “usable, accessible, and useful,” we have to be able to answer “to who?” and “for what?” - both of which run against the grain of “open” as the platonic ideal end.

Open Ownership, obviously, suggests a position on those issues - but what if it meant something else? What if it meant taking an open approach to the rights, infrastructure, and potential posed by reconsidering ownership? After all - what’s in a name?

Next. Usually, balancing the benefits, costs, opportunities, and risks of public resources is the provenance of governments. As the public realm stretches into the digital, and the digital continues to start global, it seems inevitable that public governance will stretch, too. Beneficial ownership data policies, and the transparency movement around them, are a recognition that people are best served when public resources empower individual equity. There’s very little question that defining public and private approaches to ownership, and the data that makes it institutionally legible, are central to the debate about the future of institutions and governance.

OpenOwnership, obviously, suggests a position on those issues - but what if it meant something else? What if it meant taking an open approach to the rights, infrastructure, and potential posed by reconsidering ownership? After all - what’s in a name?

This post poses more questions than it answers. To try and answers these questions and many others about data governance, Digital Public, in partnership with Duke’s Center for Law & Technology, Stanford’s Digital Civil Society Lab, and the Ostrom Workship, at Indiana University, are launching the Data Governance Research Network.

In its first iteration, the Data Governance Research Network will place eight fellows in two types of organisations:

Photo by Aurelie Tack on Unsplash