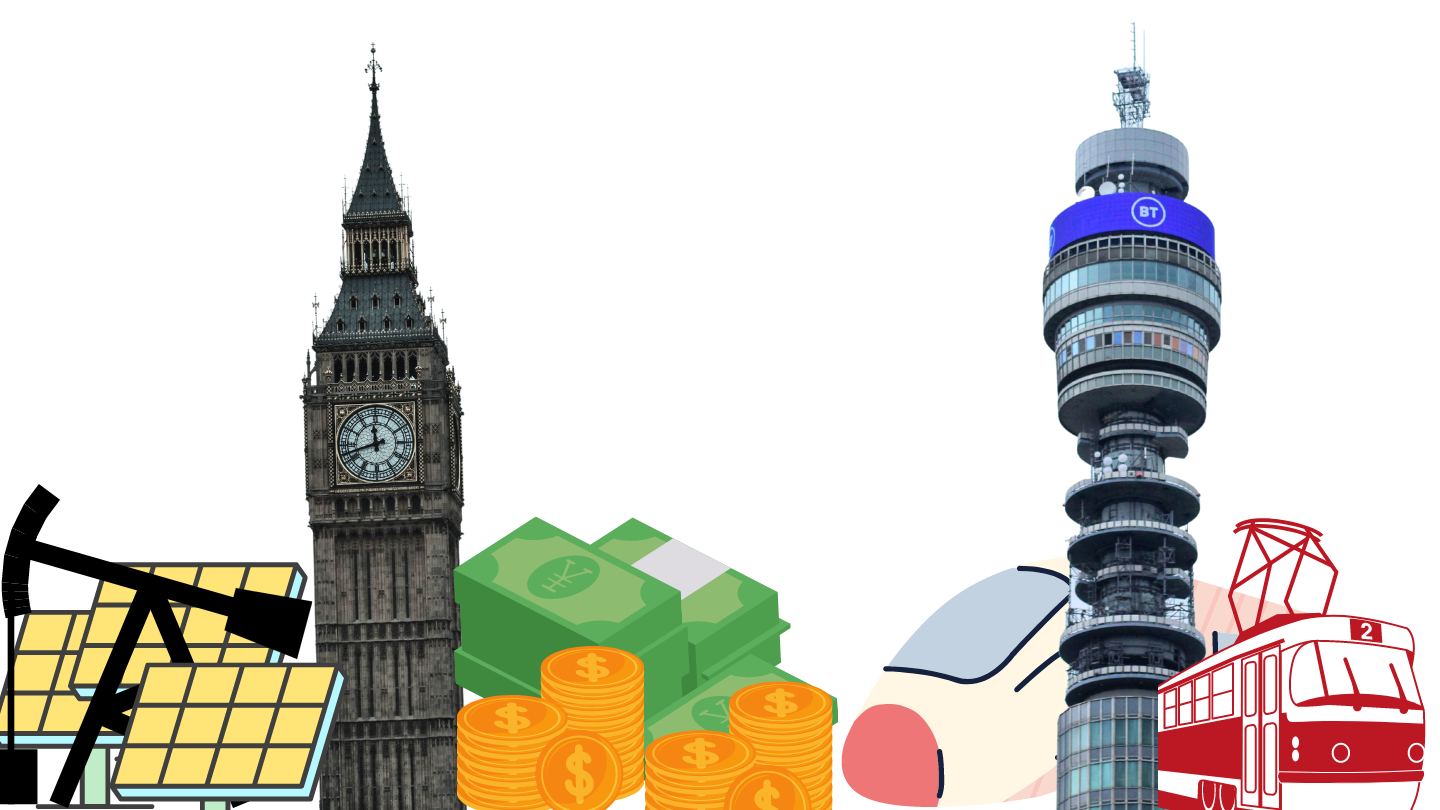 SOEs have unique potential to shape and drive economic growth but, in order to fulfill this, they need to be run for public benefit.

State-owned enterprises (SOEs) are a critical part of the global economy. SOEs accounted for 20% of investment and 5% of employment in 2006. In 2010, 204 of the world’s 2,000 largest listed companies were SOEs. According to the IMF, the share of SOE assets among the world’s 2,000 largest firms has doubled to 20 percent (Figure 3.3, panel 1) over the past decade. At $45 trillion in 2018, these assets are equivalent to 50 percent of global GDP. Larger SOEs are complex in structure and increasingly international in scope. SOEs are often concentrated in critical sectors of the economy, like extractives, energy, and transport, and play such a central role in providing basic goods and services that the International Monetary Fund has referred to SOEs as “the other government”.

When it comes to who controls and owns SOEs it gets even more complex. There are two main types of ways in which governments control SOEs. First, control is vested in individuals that resemble typical management structures seen in the private sector, for example with a time-limited Board and Chair appointed to oversee and ensure the prudent management of the SOE. The second type of control is more like stewardship - for example the Ministry of Transport looks after a train track maintenance company.

In both cases who owns SOEs is complicated because these companies are effectively stewarded for the benefit of the public. The fact that citizens are the ultimate owners but that control is handled by people or institutions makes SOE transparency and accountability important. Citizens want assurances that SOEs are being well run and for public (not personal) benefit. Private sector companies operating in the same market or environment also need to know the role, scope and size of state involvement so that they can plan accordingly. To take the previous example of rail track maintenance: private rail companies may be encouraged to develop services on the infrastructure maintained by a well-resourced SOE. But those companies will want to know if the SOE’s role changes to include providing rail services directly. This shift would then change the SOE from a maintenance service provider to a potential competitor.

Whilst citizens are the ultimate owners of SOEs, they have no control, as that is in the hands of people or institutions in government. Transparency and excellence in SOEs is therefore a priority. While SOEs continue to deliver significant public benefits, and grow in size and economic importance, policy challenges over governance, subsidies and economic performance remain. The integrity and governance of SOEs has a broader impact on the investment environment and the structure of markets, which can crowd out domestic and international competition.

Improving the economic performance and governance of SOEs is made more challenging due to a lack of effective monitoring systems and transparency regimes. Transparent ownership and control data is one key part of the information that is required for effective transparency and accountability.

The risks of not knowing

Despite the economic importance of SOEs, our understanding of these companies is held back by a lack of beneficial ownership (BO) and control disclosures. This, combined with inconsistent disclosure practices, means that in most countries we cannot reliably tell which companies a particular state owns or whether a particular company is controlled by a state. This is not about transparency for transparency’s sake. SOEs have a specific set of risks that clear, consistent, and public information about ownership and control can help to address. These are outlined below:

Auditing the transfer of assets between the private and public sectors

Not all SOEs remain in the public sector: many have been sold to private investors over the years, are split between state and private sector ownership, or return from private ownership to state ownership. There are many prominent examples of this from the finance (Royal Bank of Scotland), extractive (Saudi Aramco), and logistic (Royal Mail) sectors. The movement of companies between private and state control can therefore create conflicts of interest that are at a high risk of corruption around the sale and purchase of assets. Disclosing the ownership and control of SOEs should be part of a public audit trail to ensure that everything is above board.

Protecting the resources of SOEs

Transparency over control can help guard against the misuse of an SOE’s assets by employees in certain high-risk roles, like procurement. Procurement involves large sums of taxpayer money being spent on goods and services, and is therefore a high risk area for corruption. Between 1999 and 2014, 78% of foreign bribery cases involving SOE officials were related to public procurement. Making the ownership of SOEs transparent and combining this in audit and internal control procedures with data on the ownership of private companies would make it easier to identify related party transactions or other red flags for investigation.

Monitoring the impact of SOEs on the economy

State ownership can involve subsidies, regulatory restrictions, or other manipulations of the economic environment that may have desirable policy effects but distort markets and competition. For private sector companies, subsidies to SOEs can restrict market access and make it harder to compete. Transparency about state involvement therefore creates certainty for businesses around investment decisions. Where state ownership is creating undesirable market effects, transparency is necessary to detect and fix them. A competition authority, for example, may identify and analyse market activity by foreign and domestic SOEs in a particular sector.

Fourth, economic activity and ownership of firms is international in nature and so the cross-border activity of SOEs has political and security implications of interest to governments and citizens alike. This is particularly true in strategic industries like defence and energy. The COVID-19 crisis has made protecting healthcare capacity a critical concern. Since ownership can evolve gradually, and through complex mechanisms, ongoing disclosure and monitoring of state ownership will allow for a faster, richer and more detailed picture of cross-border SOE activity than relying solely on screening mechanisms for foreign direct investment.

Fifth, states may have an outsized influence over companies in comparison to their ownership stakes: for example, the ability to appoint board members or veto takeovers via a ‘golden share’ or provision in the company articles. Transparency over ownership - at a sufficient level of granularity to identify such interests - is therefore an essential part of both government accountability and due diligence for those who want to engage with SOEs as investors or business partners.

We need to act now

The economic and social impact of COVID-19 has made SOE beneficial ownership transparency (BOT) an urgent matter. Around the world, many states have announced plans to protect strategic industries and initiated rescue packages that include the state taking an ownership stake directly or via debt that will convert to equity. In short, the number of SOEs and their associated risks are growing.

BO registers are an obvious solution for identifying and monitoring state ownership of companies. Governments should extend BO disclosure requirements to explicitly require the disclosure of stakes held by the state, directly or indirectly, and distinguish state ownership from private ownership. The Open Ownership Principles provide the basic building blocks for these disclosures to be effective. Access to high-quality information on the ownership and control of SOEs is therefore increasingly a question of ‘when’, and not ‘if’ or ‘how’. In the current context, it cannot come soon enough.