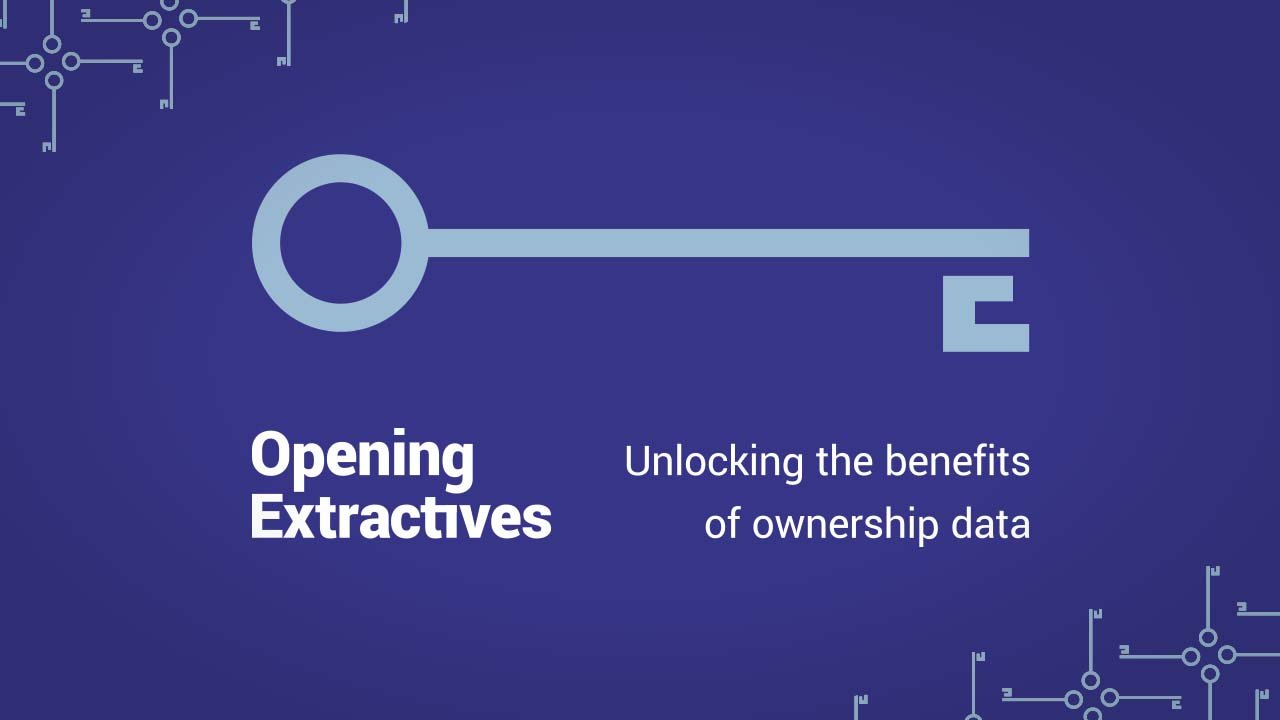 This week, governments, business and civil society will unite to take action on corruption in the extractive sector, demonstrating support and commitment for beneficial ownership transparency.

Anonymous ownership of companies has been used to facilitate corruption across many sectors, including the extractive industries. Those in developing countries are hardest hit; Africa loses around GBP 88.6 billion in illicit capital flight every year, according to the United Nations. At a time when the continent faces costs of more than USD 200 billion to deal with the COVID-19 crisis, citizens and governments can ill afford to see such wealth sent abroad.

Opening Extractives – a USD 7 million programme supported by the BHP Foundation and implemented by the Extractive Industries Transparency Initiative (EITI) and Open Ownership – aims to address this problem by providing sustained support over five years to over a dozen countries seeking to bring data on company ownership into the public domain.

The programme will build on progress made by governments, companies, civil society and other stakeholders to establish the legal reforms and technical systems required to make ownership data public and promote its use. Evidence and insights from the programme will be shared globally to scale impact.

“If we succeed, the prize is large,” said Helen Clark, former Prime Minister of New Zealand and EITI Chair. “Billions of dollars should be going into infrastructure and investment to make life better for many millions of people, rather than into the pockets of corrupt officials or businessmen. Managed responsibly, the extractive sector can be a source of wealth. Making the ownership of companies transparent and promoting the use of beneficial ownership data can help make this a reality.”

Over 100 stakeholders will join a virtual “Implementers’ Forum” on 8 September, to mark the inception of Opening Extractives. To date, nine resource-rich countries across three continents have agreed to take part in the programme. These countries – which include Ghana, Indonesia, Mexico, Mongolia, Nigeria, the Philippines and Zambia – will be represented at the forum.

In parallel, leading extractive sector companies are taking action. BHP, Rio Tinto, Anglo American, Newmont, Glencore and Repsol have signed a commitment to support ownership transparency, disclose information on the beneficial owners of companies and subsidiaries, and assess data on company ownership as they undertake due diligence on partners and suppliers. They will gather on 7 September alongside representatives from accounting firms, to assess how the industry can lead the way in disclosing beneficial ownership in open data format. Given the necessity of minerals for the energy transition, transparency will be essential to ensure that revenues from the sale of minerals to power the transition are not also fuelling corrupt practices.

“Concealment of company ownership is a root cause of corruption which can deny the rights of citizens to benefit from their country’s natural resource wealth,” said James Ensor, BHP Foundation Executive Officer and President. “By raising the bar for responsible investment, Opening Extractives will improve the quality of life of millions of people in resource-rich countries. But to be successful it requires governments, industry and civil society to work together – which is why this initiative is so essential in driving momentum on this important agenda.”

A further welcome development is that this issue is gaining more prominence internationally. In June 2021, G7 leaders, including the United Kingdom, confirmed their commitment to transparency and international action against corruption. “I look forward to seeing stakeholders in the extractive sector work together to create a new global norm of beneficial ownership transparency,” said John Penrose, M.P., the UK Prime Minister’s anti-corruption champion. “Through its G7 Presidency, the UK has supported action to target illicit financial flows and anonymous company structures, recognising the urgency of this topic and the need for action.”

Building on G7 and corporate commitments, this collective effort in the extractive sector can shed light on the infrastructure that enables anonymous companies to operate, and ultimately threatens the development prospects of resource-rich countries.