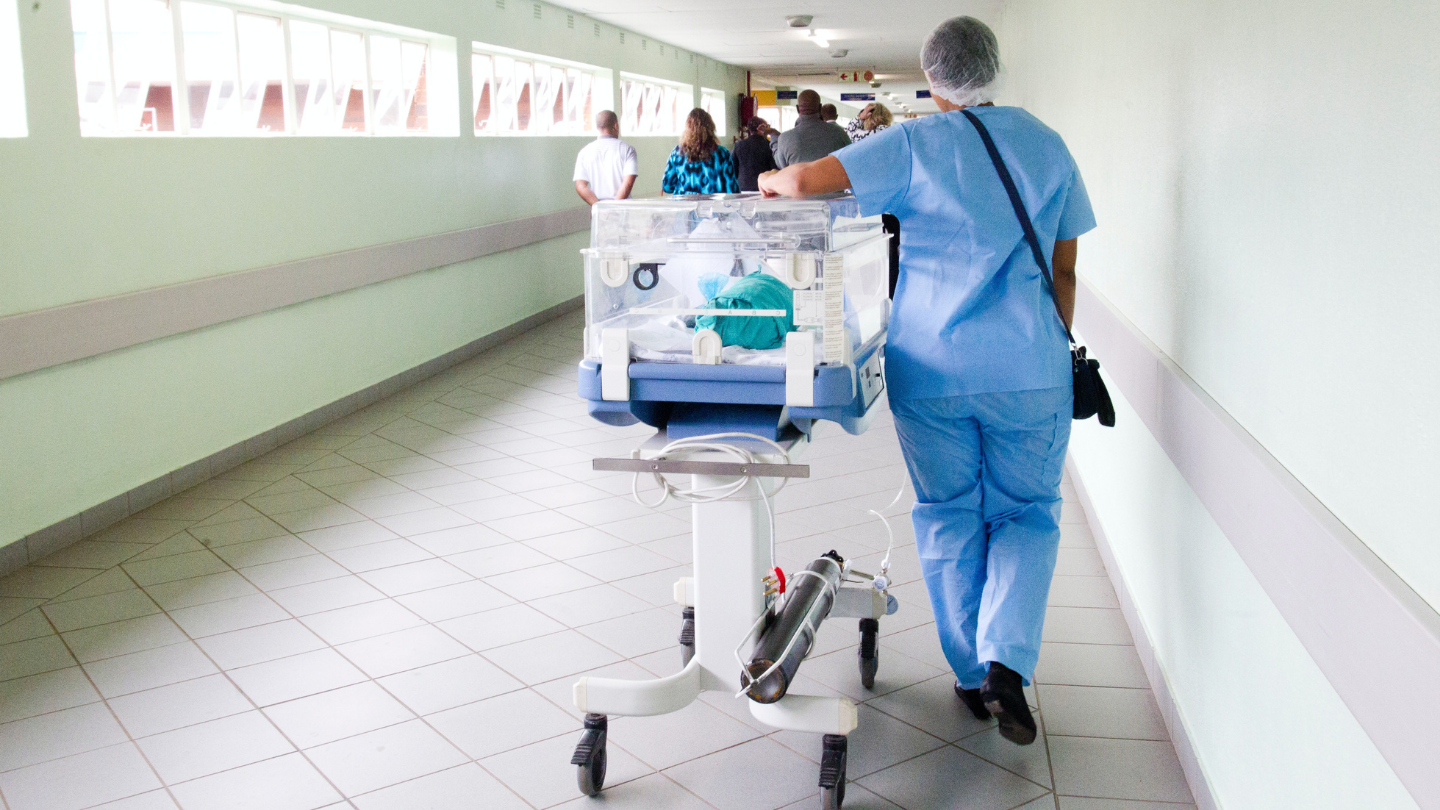 Fairness, equity, transparency, competitiveness, and cost-effectiveness – these are the constitutional principles which guide public procurement in South Africa. Yet, the public procurement landscape has been marred with ongoing cases of fraud and corruption. “Thieves were waiting at the door” is how South Africa’s Finance Minister, Tito Mboweni, described the egregious forms of procurement corruption taking place during the first phase of the COVID-19 pandemic. While traditional procurement safeguards were done away with due to the emergency, at minimum governments should understand who owns and controls companies they are contracting to deliver goods and services - in crisis and during ordinary times. Incorporating this data into the procurement process has the potential to positively transform public procurement. Open Ownership (OO) has identified some of the areas where data on who the real owners of companies are can proactively reduce corruption, improve service delivery, and support equity goals.

Globally, COVID-19 procurement has exposed weak procurement systems that lack minimum safeguards. In South Africa, cases have emerged of protective equipment contracts distributed to suppliers linked to government employees – who are barred from doing business with the state, as well as conflicts of interests involving politically exposed persons (PEPs). In order to transform the procurement landscape, preventative actions are crucial (for example, automating and improving the detecting conflicts of interest in real-time during the bidding process).

It is important to move beyond first-level conflicts of interest checks (for example, of directors associated with companies) and to also conduct these checks on a company’s beneficial owners. Beneficial ownership (BO) data can also help detect certain illegal forms of collusive tendering or “bid rigging”, e.g., where one company submits fake bids in order to steer the decision towards a particular bid. Often these bids are submitted by companies which appear to have different owners but in fact share (beneficial) ownership. While this is not evidence of wrongdoing, this should raise red flags and should prompt procurement authorities to take a closer look. Where this additional layer of BO data is used to detect red flags during the bidding process, as well as for ongoing contract monitoring, this can reduce some of the risks. 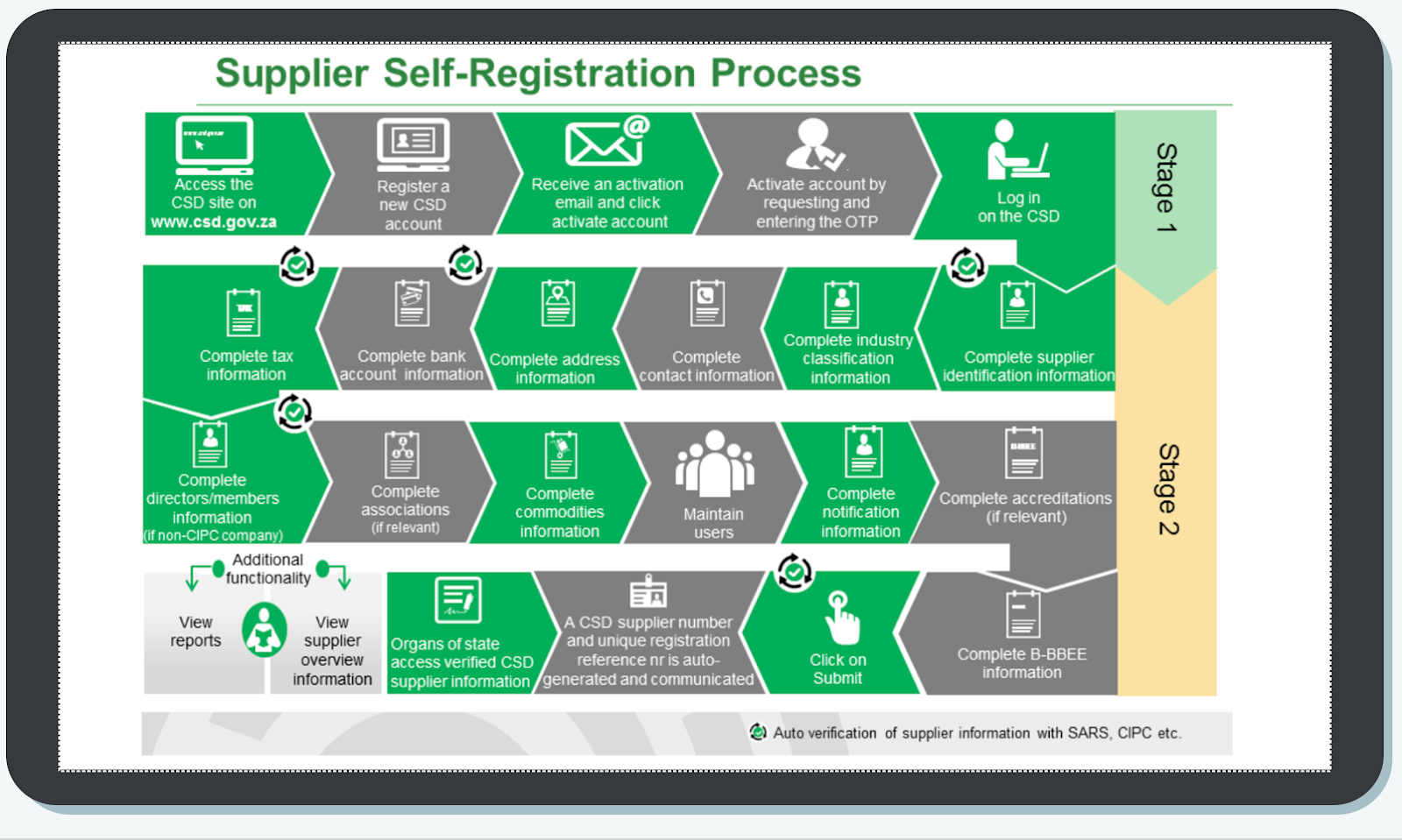 Caption: South Africa’s National Treasury Central Supplier Database (https://secure.csd.gov.za/) requires suppliers to include director and member data, either directly or via the Companies and Intellectual Commission. BO data could be collected at the point of registration or during the bidding process.

OO has helped develop a prototype, Bluetail, that demonstrates what a system modelled on machine-readable data can provide. Combining high quality open contracting data with BO data has the potential to transform due diligence in procurement, before corruption arises. Other datasets, such as government personnel data or the data of debarred suppliers and PEPs, can also be linked. An added benefit is that some of these processes are automated, reducing the burden on procurement officials. 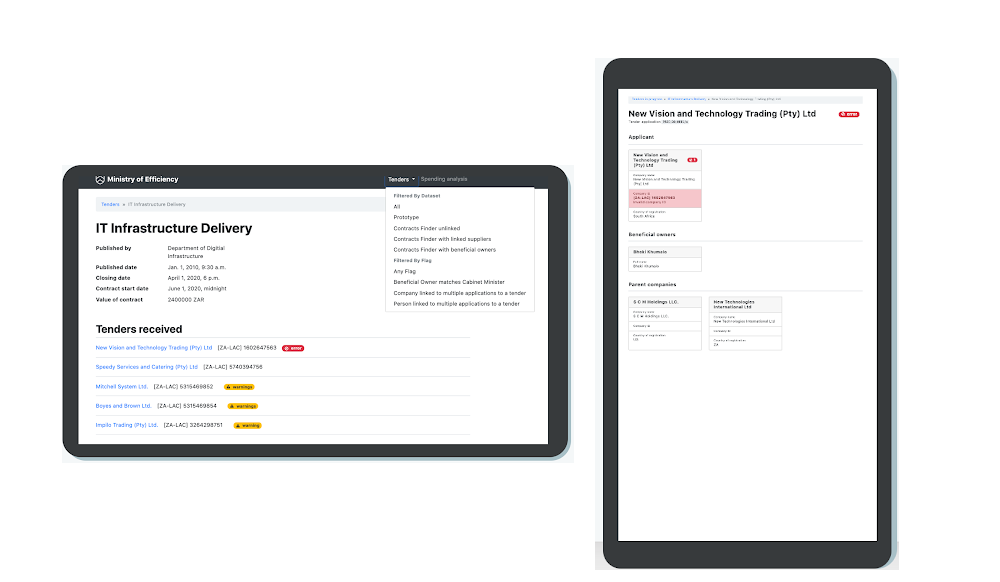 Inadequate public infrastructure in the form of schools, hospitals, roads, and access to other services has been closely linked to public protests in South Africa. To deliver quality goods and services and value for money, a comprehensive risk analysis on the complete company ownership structure is essential . Scrutiny of a potential supplier company’s complete ownership structure can be used to detect any hidden debt which could lead to non delivery. A comprehensive analysis of company ownership structure can also assist procurement officials widen the pool of suppliers, and foster greater competition. This is useful for ensuring diversity goals are met as well as delivering value for money through competition.

Section 217(2) of the South African constitution provides for the use of procurement as a policy tool where the allocation of contracts may be used for the protection or advancement of “persons, or categories of persons disadvantaged by unfair discrimination”. In a country marred by high levels of inequality and exclusion, this is an important policy objective. In order for procurement to be transformative by giving preference to companies owned by disadvantaged persons, accurate and reliable information on ownership is essential. Certificates issued under the Broad-Based Black Economic Empowerment (B-BBEE) scheme, for example, have been beset with challenges of fronting and other forms of circumvention. In these instances, the use of high quality BO data can help verify eligibility. This is also applicable for other equity targets such as increasing youth- and women-owned businesses.

At 14% of South Africa’s GDP, public procurement plays a crucial public function. BO disclosure and using this data in procurement is an important tool to detect “thieves” and sound the warning bells before they enter, whilst also fulfilling policy and service delivery goals. Publishing this data publicly has the added benefit of allowing the general public to monitor government spending, detect red flags and support accountability. Beneficial ownership transparency (BOT) is an additional data switch that can be used to improve the procurement landscape and reduce associated risks. This may be done through collecting BO data directly in procurement processes, or through the establishment of a public central registry of BO. The decisions and choices will be critical for the short-term resilience during the pandemic, and the long-term viability of the fiscus and the public good. Open Ownership is supporting this work under the Transforming Procurement Systems pilot in South Africa.