Case Study: Deterring the use of UK companies to facilitate corruption

Scottish limited partnerships (SLPs) have been described as “the getaway vehicle for corrupt individuals and organised criminal gangs”.[34] This relatively obscure corporate form was used to move at least GBP 4 billion out of the former Soviet Union as part of the Russian Laundromat, one of the world’s biggest and most elaborate money-laundering schemes.[35] In 2014, 20 SLPs were used to move over USD 1 billion from Moldovan banks.[36]

SLPs have certain features that make them desirable for use in transnational economic crime. As a UK-based legal entity, their use could convey a veil of legitimacy. SLPs also have a “separate legal personality” – meaning that they can enter into contracts and own assets whilst also having minimal filing requirements with UK authorities.[37]

Although SLPs have legitimate uses, civil society analysis of the number of new SLPs incorporated each year reveals the number almost doubled between 2015 and 2016, coinciding with the launch of the UK’s BOT regime.[38] As SLPs were not initially required to file BO information to the UK PSC register, civil society organisations raised the alarm that SLPs were being used to avoid BOT, and urged the government to bring them within the disclosure regime.[39]

In June 2017, the UK government took action and brought SLPs within scope of BOT rules, requiring SLPs to register and disclose their beneficial owners to the PSC register.[40] The impact was dramatic. The rate of new SLPs being set up dropped by 80%, reaching its lowest level in seven years by the last quarter of 2017.[41] This suggests that the lack of transparency prior to mid-2017 was an important factor in individuals choosing to use SLPs, and suggests a deterrence effect of making BO information public. Whilst the influence of other factors cannot be ruled out, this provides strong initial evidence for the role of BOT in changing the behaviour of individuals who use corporate vehicles. 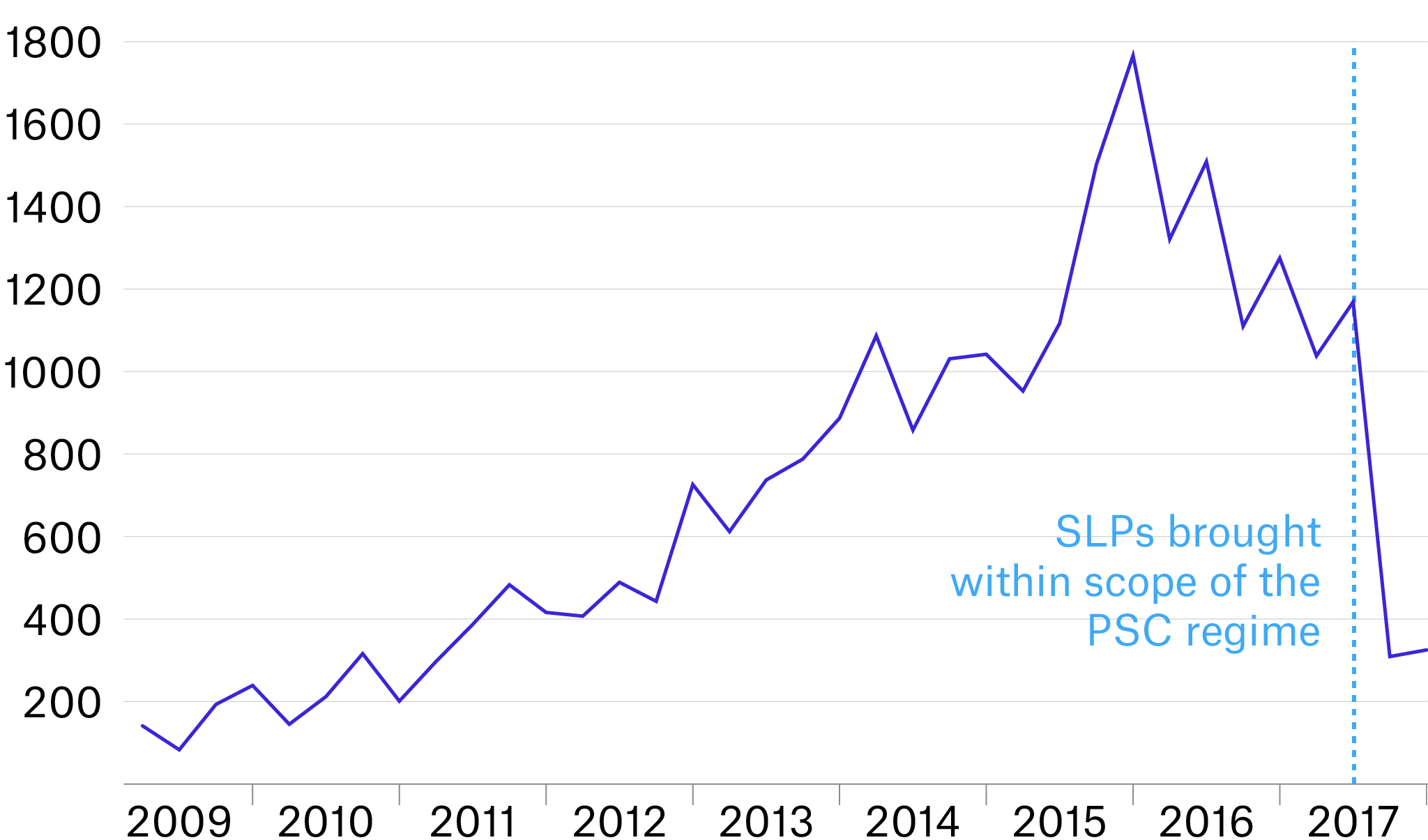 Adapted from: Global Witness (2018), Three ways the UK’s Register of the real owners of companies is already proving its worth.[42]