Collecting key fields of data about the beneficial owner and the declaring company enables users to accurately interpret the data and determine which individuals and companies the declaration refers to. Collecting and publishing the means through which ownership or control is held further adds to the utility of the data by enabling users to understand how BO is operating. This should be done by collecting data through online forms with clear guidance.

Having clear identifiers – e.g. registration numbers for companies and taxpayer numbers for people – makes it easier to match declarations about the same people or companies and distinguish different people with the same name or similar details. This also allows users to link data with other datasets. Linking data transnationally is essential to realising its full potential to expose networks of illicit financial flows and support robust and efficient due diligence in the global economy. Being able to match and disambiguate is important; for instance, when entities emulate the names of respectable companies in order to obfuscate ownership in due diligence processes. The minimum amount of data to achieve this should be collected, but jurisdictions should limit collection to what is strictly necessary to achieve their policy aims, in order to limit privacy concerns.

Although state ownership may not meet the definition of BO, it represents a substantial amount of investment in large firms in strategic sectors. Therefore, governments should extend BO disclosure requirements to explicitly require the disclosure of stakes held by the state, directly or indirectly, and distinguish state ownership from private ownership by collecting information in a consistent and defined format.

This OO Principle is particularly relevant in the following aspects of implementation. These correspond to steps in our Implementation Guide. 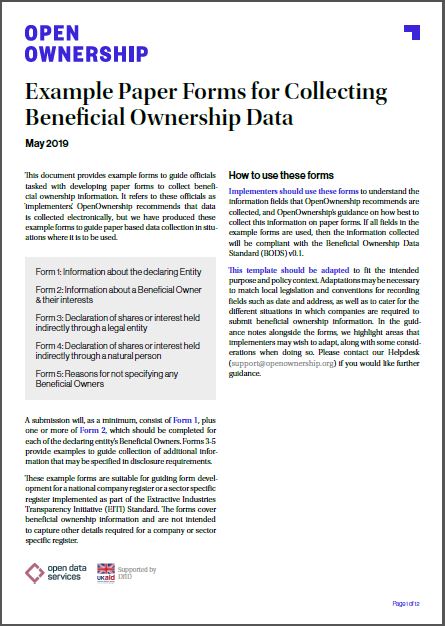 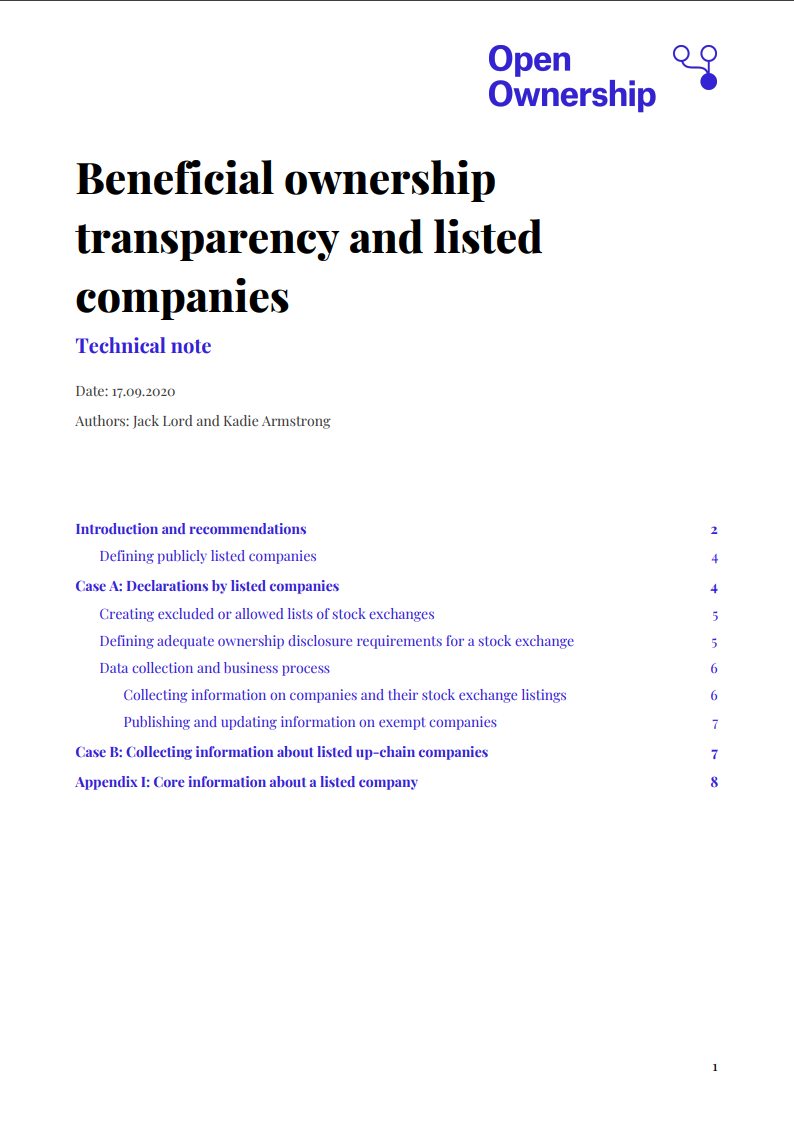 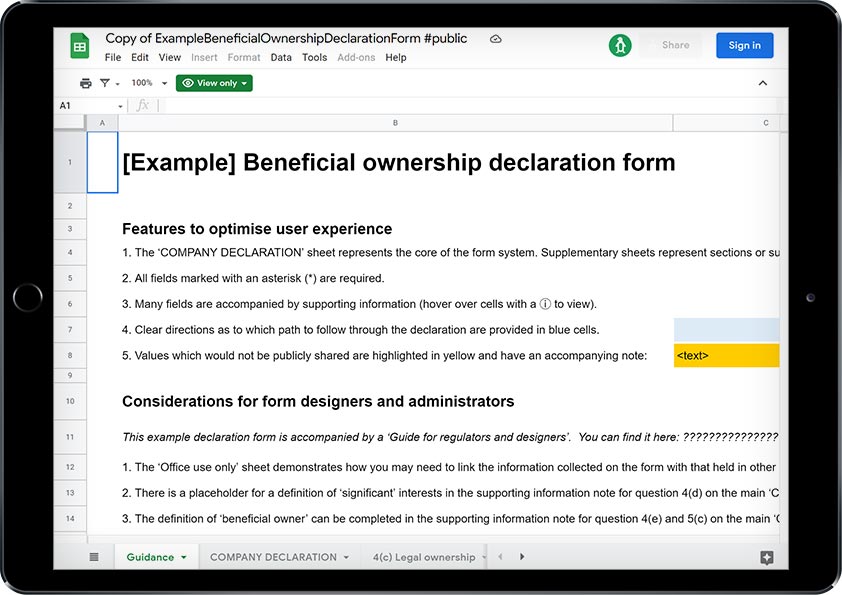 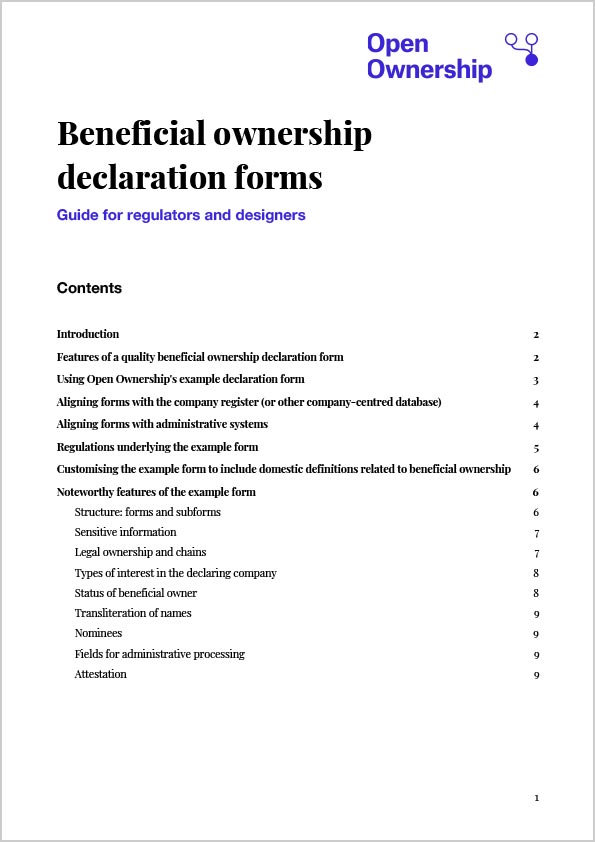 This guide introduces a number of considerations for form development, and presents a worked example of a form that addresses these issues. 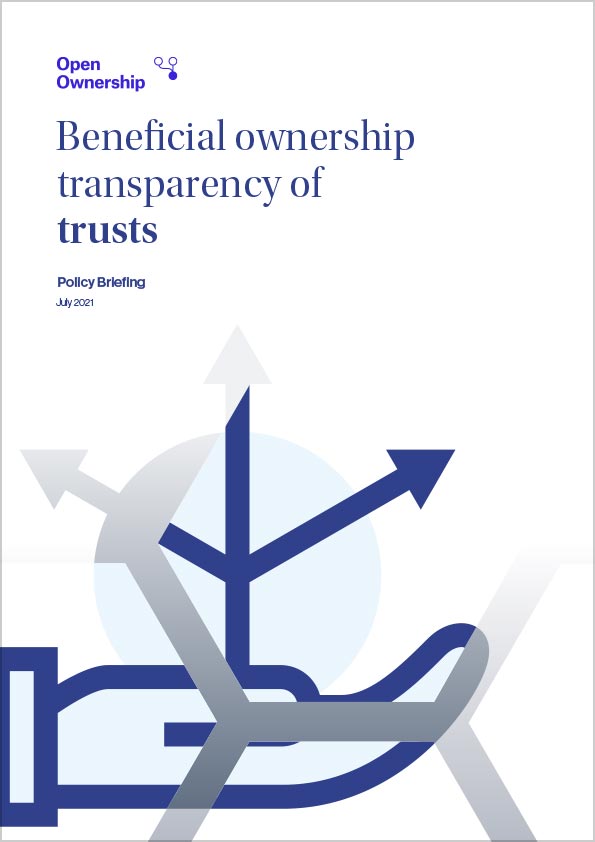 This policy briefing analyses the existing policy and regulatory framework on the BOT of trusts at an international level, and highlights research and policy recommendations on the issue whilst identifying the gaps for further research. The aim is to help policymakers and those implementing or supporting BOT to think through various issues and approaches toward ensuring the BOT of trusts, as well as to outline considerations for operationalisation by identifying emerging best practice in legal and policy reforms.