You can group multiple Parties into a single Node, called a Stack, to simplify your diagram. Use this judiciously, only when it improves clarity, and when identifying each individual Party isn’t relevant to your point.

When you group Parties like this, the Parties are said to be “stacked”, and are “in” or “inside” the Stack. 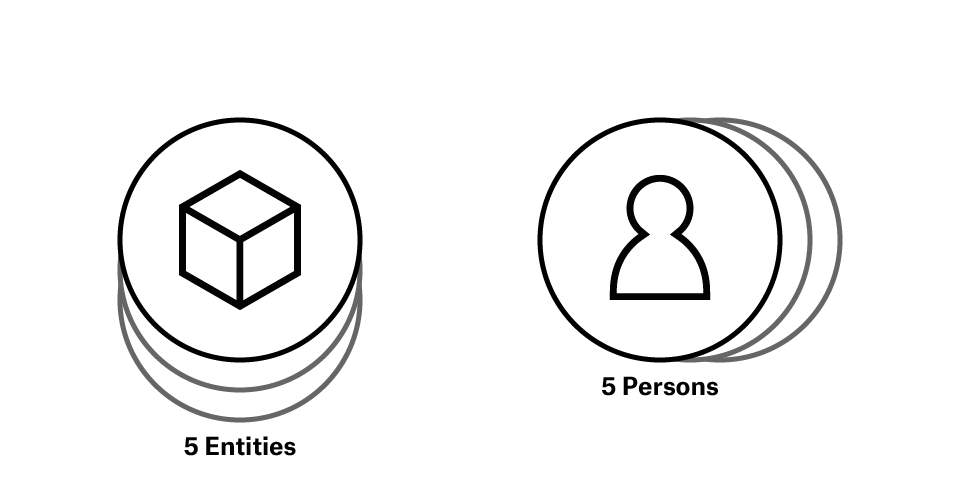 There are two situations in which you are allowed to group Parties, to create either an Entity Stack or an Owner Stack. 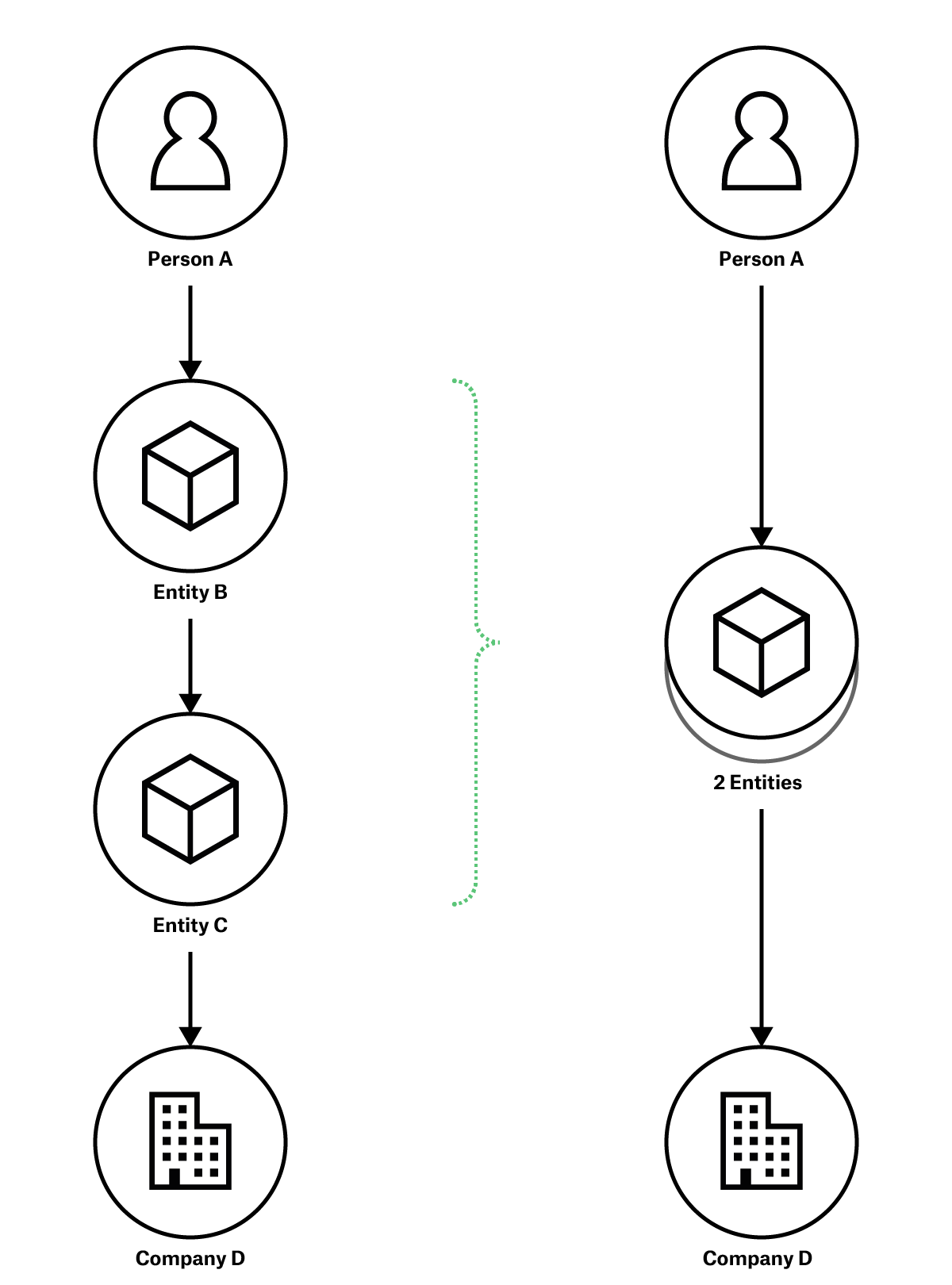 A non-forking Chain of intermediary Entities, where each Entity is directly interested in the next, can be reduced into a Stack.

When drawing an Entity Stack, the circles are overlaid according to the diagram’s Directionality (that is, in the direction of the Arrows).

Entity Stacks can only ever appear in the middle of a Chain. The last Entity in a Chain (i.e. which has no further interests) must be left out of any Stack.

If you have multiple Beneficial Owners who are all directly interested in the same Entities, you may choose to reduce some of them into a single Node.